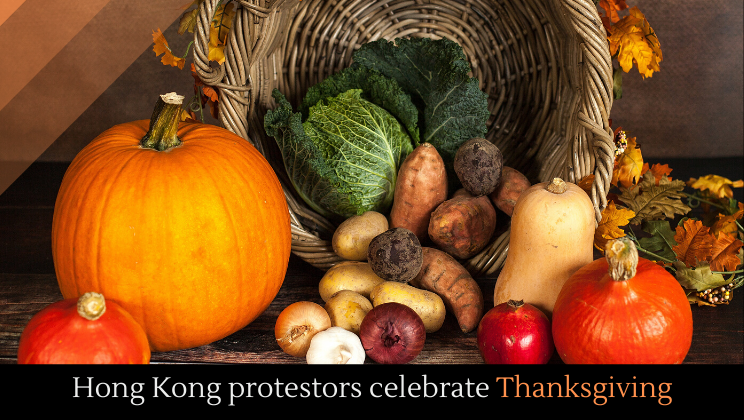 Thousands of Hong Kong protestors have staged a Thanksgiving rally, draping themselves with American flags, in appreciation of the U.S. bills supporting the protests.

China already expressed their displeasure about a pro-Hong Kong bill just passed by the U.S. Senate. A state-owned newspaper called the bill “a piece of waste paper” and a “serious provocation against the entire Chinese people.” “If the US side goes its own way,” it continue, “China will take effective measures to resolutely counteract it, and all consequences must be fully borne by the US.”

The legislation was designed to protect human rights in Hong Kong, as the Chinese government and Hong Kong police crack down on pro-democracy protests. The “Hong Kong Human Rights and Democracy Act” is one of two bills aimed at punishing Hong Kong and China with trade restrictions if human rights were violated.