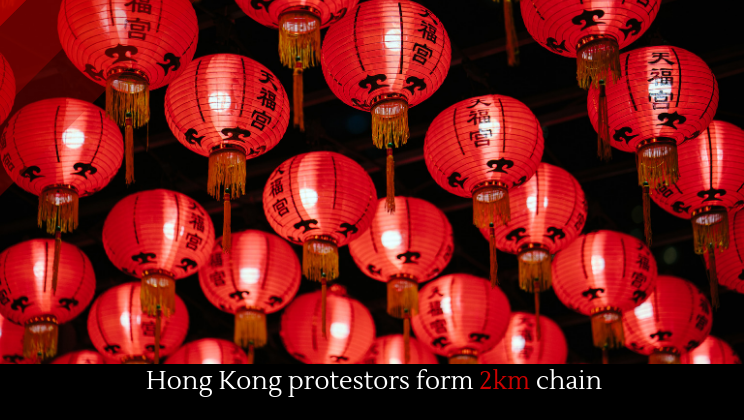 More than a thousand Hong Kong residents formed a two kilometer-long chain in an attempt to call attention to––and an end to––police brutality. This makes the nineteenth straight weekend of protests, which have escalated to the point of violence, which is the root of the alleged police brutality.

A Hong Kong protestor has claimed that she was sexually assaulted by police officers after her arrest this summer. She made the claims without a face mask, boldly risking the ire of the authoritarian Chinese government. Hong Kong police have promised to investigate, but only after reminding her that any “false allegations” will be punished.

This is the latest reminder that the world stop looking the other way with China’s egregious civil rights violations against its own people. It’s time the world stops allowing China to dictate other nations’ foreign policy by throwing around its economic weight. It’s time to stop doing business with China altogether.