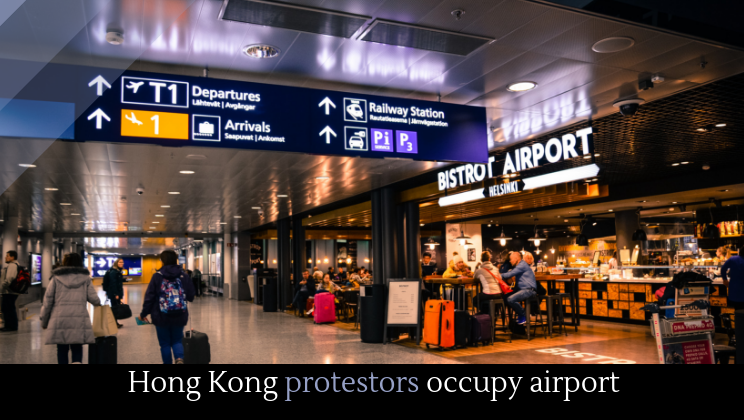 Protestors, all clad in black, have occupied Hong Kong’s international airport. The protestors plan to occupy the airport until Sunday as a protest against Chinese authoritarian government. They handed out pamphlets that read, “You’ve arrived in a broken, torn-apart city, not the one you have once pictured. Yet for this Hong Kong, we fight. We shall never surrender.”

In the beginning of August, China began gathering troops at the border as protests continued. Trump, with his typical command of international politics and talent for summarizing nuances into oblivion said to reporters, “Something is probably happening with Hong Kong, because when you look at, you know, what’s going on, they’ve had riots for a long period of time.”

On the surface this statement might seem like a throwaway dodge to a question about tensions in Hong Kong, but in fact it’s much more. Trump’s use of the word “riot” is alarming because it’s the exact language Beijing uses to dismiss the protestors and invalidate their calls for democratic reform. Trump’s use of the term signals his unwillingness to side with Hong Kong and to leave the matter between Hong Kong and China.