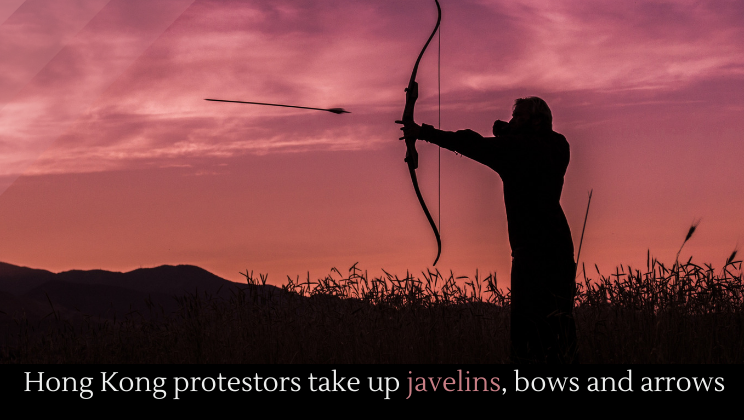 The protests in Hong Kong have been getting more violent every day this week. Now, students and protestors at the Chinese University of Hong Kong have taken up weapons, arming themselves with javelins and bows and arrows. They also have lit their arrows on fire.