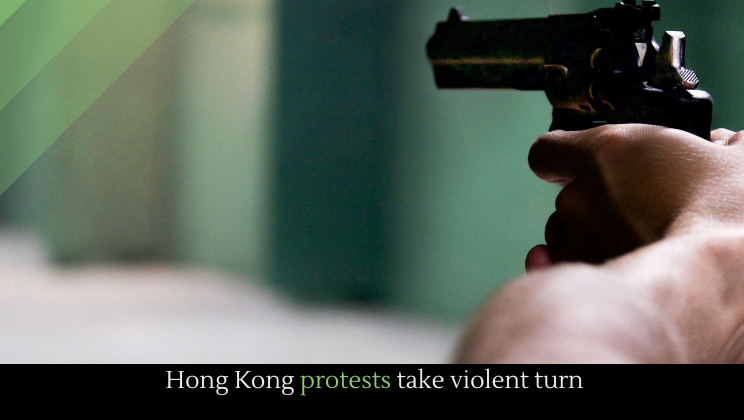 The continuing Hong Kong protests became violent on Monday. Police officers shot a man at point blank range, and protestors doused a man in gasoline and lit him on fire after he criticized them. Both men are in the hospital.