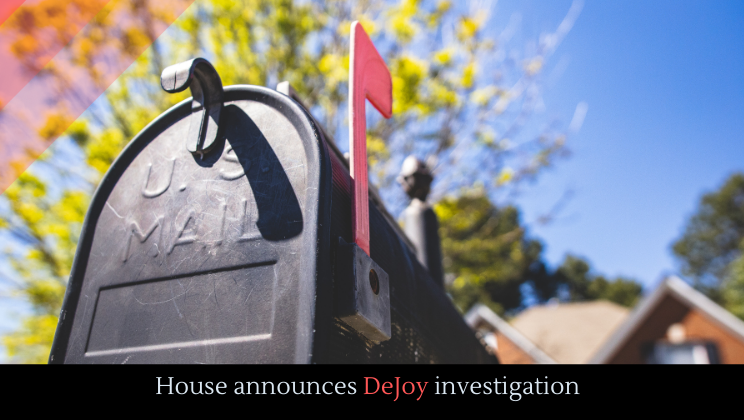 The House Oversight Committee has announced an investigation into Postmaster General DeJoy citing allegations of illegal fundraising tactics and perjury.

The announcement comes after  legal experts called into question DeJoy’s fundraising practices––which made him into a powerful enough player in the GOP to get this appointment was Postmaster General––may have been incredibly illegal.

This may slow Trump and his supporters’ attempt to dismantle the post office, which is going full steam ahead. Internal documents show that the USPS is planning to remove nearly 700 high-speed sorting machines. The USPS is literally removing mailboxes in Oregon. Trump has openly admitted that he’s trying to limit mail-in voting, citing his usual unsupported claims of voter fraud.  Louis DeJoy also sacked key Post Office officials and is threatening to cut spending dramatically, which would prove disastrous for the 2020 election. Postal service workers are supporting Biden.