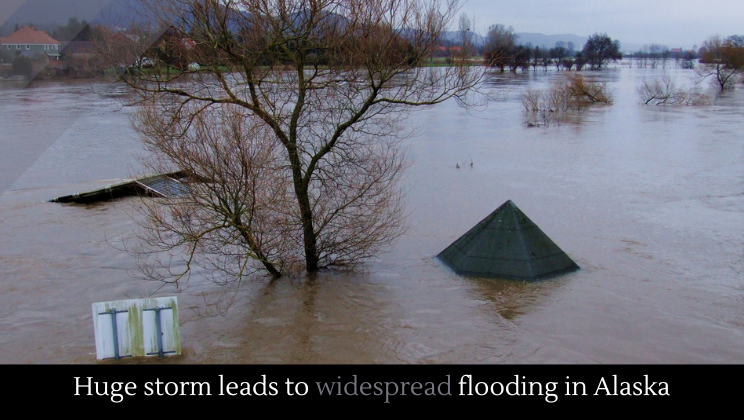 A huge storm is causing massive flooding in Alaska.