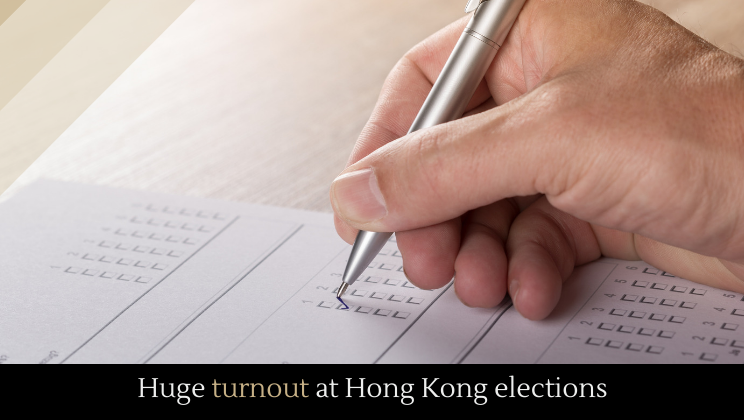 A record number of Hong Kong citizens turned out to register there vote in an election that is widely becoming seen as a referendum on the recent protests. Estimates suggest that nearly 70% of Hong Kong residents voted.

“I hope this vote can counter the voice of the pro-establishment, so as to bring in more voices from the democrats,” one woman said. “The social problems encouraged people to vote and to focus on political issues.”

Another man said, “It makes me very angry … [Chief Executive] Carrie Lam just doesn’t listen to Hong Kong. We’ve come out so many times and they don’t listen and make this situation worse.”

The Hong Kong protests heated up last week when students armed themselves with javelins and bows and arrows. They also lit their arrows on fire. The city was crippled as much of the public transit was shut down after a night of violence at the Chinese University of Hong Kong. Schools were also canceled around Hong Kong as university students barricaded themselves in the school.