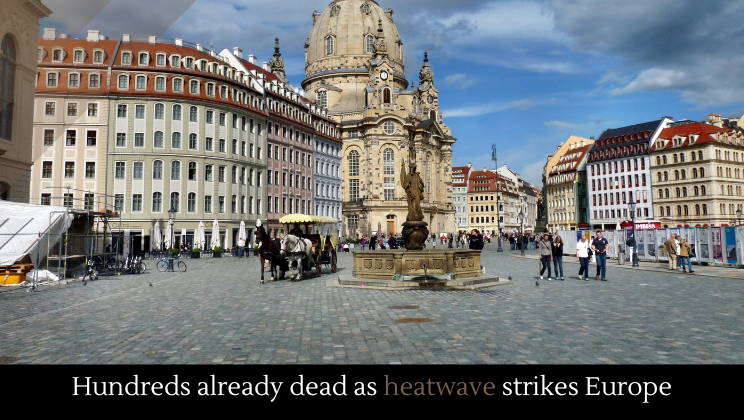 More than 350 people have already died as a blistering heatwave strikes Europe. Earlier this week, England issued alerts for the heatwave, which meteorologists predicted would be unlike any Europe has faced before, with temperatures up to 104º—something scientists did not expect to see until 2050.