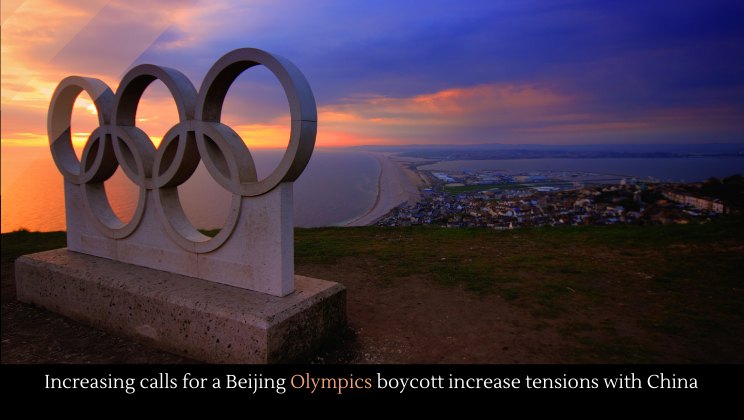 Increasing calls for boycotting the Beijing Olympics are increasing tensions with China.