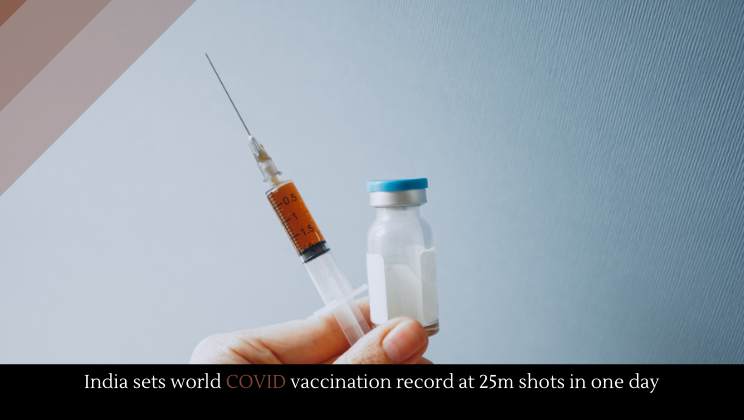 India gave out 25 million vaccines in a single day, setting a new world record for inoculations in one day. It’s critical that as many people get vaccinated as quickly as possible because COVID is here to stay, and the longer it has to mutate in bodies, the more likely it is to do increasingly serious damage. According to the WHO, COVID will continue to mutate––just as the flu does––and it’s therefore going to be here to stay.