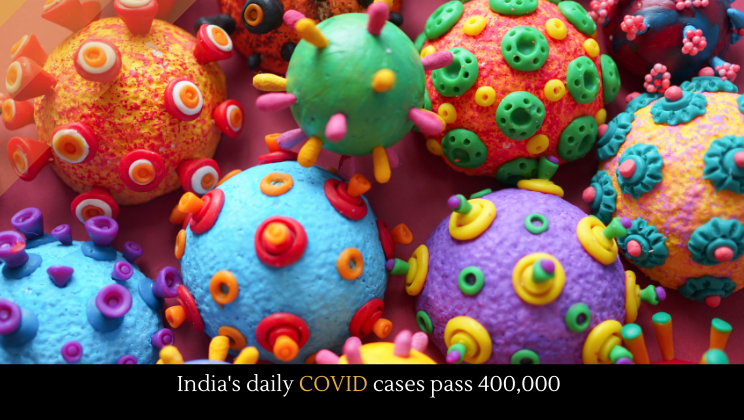 India’s daily COVID cases have surpassed 400,000 for the first time, signaling a grim new turn in the virus’s spread in that country.