Ireland quadruples WHO budget in response to Trump’s cuts 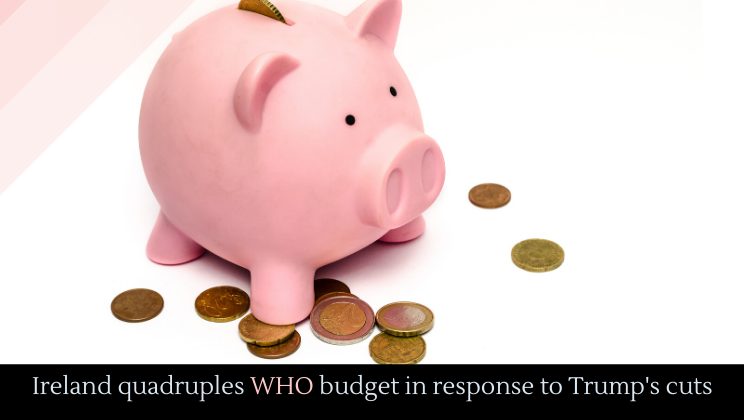 In response to Trump’s decision to cut United States contributions to the World Health Organization, Ireland has decided to quadruple their own contributions. The move is a direct challenge to Trump, as well as an encouragement to other countries to step in.

Donald Trump halted funding to the World Health Organization (WHO) earlier this week, citing the organization’s alleged mishandling of the coronavirus outbreak. After a day, the WHO responded: We alerted the world in a timely matter and kept everyone up to date.

Bill Gates has been outspoken about Trump’s decision. He tweeted, “Halting funding for the World Health Organization during a world health crisis is as dangerous as it sounds.”

Gates is working as hard as anyone to fight the virus. Healthy volunteers are ready to begin testing a COVID vaccine funded by Gates. It is the second such vaccine trial funded by Gates.

Bill Gates’s foundation has been pouring billions of dollars into factories for producing a COVID vaccine. There are currently seven promising vaccines, but only one or two will make the final cut. That means he’s funding seven factories, but at least five will not be used––and that means he’s wasting billions. But it’s a price he’s willing to pay to save lives.

“Because our foundation has such deep expertise in infectious diseases, we’ve thought about the epidemic, we did fund some things to be more prepared, like a vaccine effort,” he said. “Our early money can accelerate things.”

Hopefully Gates’s money will accelerate the world’s recovery, because things are getting worse. The United States now leads the world in the number of COVID cases, including China by a narrow margin.

Rand Paul tested positive for COVID-19. What’s worse, he tested positive six days before he stopped going to work on the Hill, so you can expect more sick senators in the days and weeks to come.