Is Donald Trump a glorified gangster? 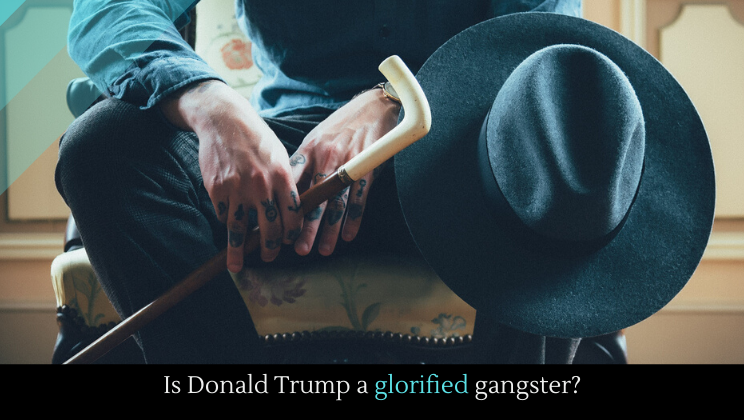 Donald Trump’s behavior has a number of people drawing a very unfavorable comparison. Is he basically a glorified gangster? Did the American people elect a mob boss to the highest office in the land? The most recent accusation comes from The Atlantic, which pointed to Trump’s recent tweets, in which he flirted with naming the whistleblower. Those tweets, the article argues, is old fashioned witness tampering.

Richard Painter, chief White House ethics lawyer under President George W. Bush, has also said that Senate Majority Leader Mitch McConnell’s actions have been “corrupt” and that the impeachment trial is “rigged.” Painter, who said he prosecuted corrupt Democrats and Republicans, believes the GOP’s actions might spell its doom.

Painter also called the Trumps an “organized crime family,” and told Democrats to “go after all of them.”

Painter is not the only one to make such accusations. Tony Schwartz, the ghost writer for Donald Trump’s The Art of the Deal does not have a very high opinion of the Trump White House. “Crime family: Donald, Ivanka, Jared, Donald Jr. They all belong in prison,” he tweeted. That’s largely because Trump has not only given many of his family position’s in his administration (not to mention the son of his personal lawyer), but also because he continues to enrich himself.