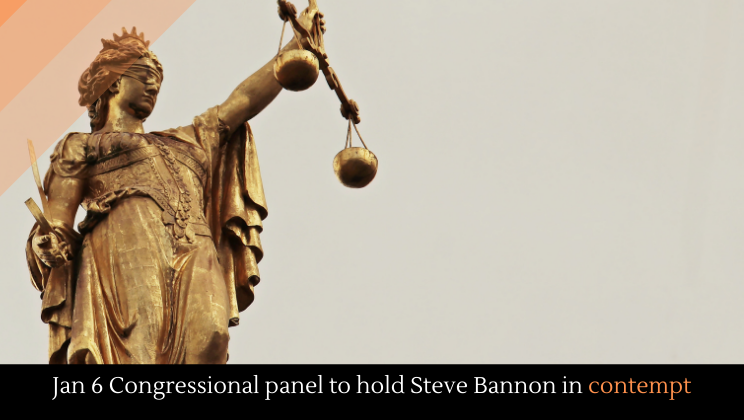 The Congressional panel investigating the January 6 riots has voted to hold Steve Bannon in contempt for refusing to attend a hearing. The contempt vote serves as a warning to other witnesses who may be unwilling to testify.