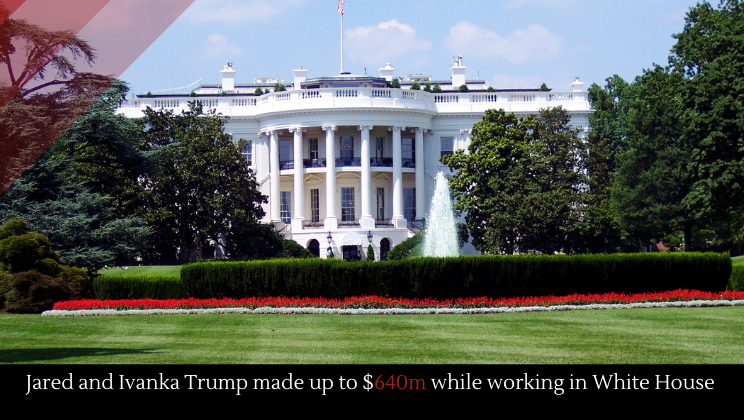 According to a Citizens for Responsibility and Ethics in Washington report, Jared and Ivanka Trump made somewhere between $172-640 million while they worked in the White House. The two opted out of a government salary, which made supporters think they were being altruistic. This report raises serious questions about their side businesses while at the White House doing…whatever it was they were doing.

After Trump lost the 2020 election, he funneled campaign donations into his private business. You almost have to admire Donald Trump. The man is like the Joker, he doesn’t have a plan, he just does and goes from there. And it seems the apples don’t fall far from the tree.

Here is a prime example. He loses the election. With absolutely no thought of consequences, he just claims the election was tampered with. But clearly it wasn’t, and the courts aren’t buying it. So…what next? Oh, easy, fundraise for legal fees. And while you’re at it…why not use some of that money to pay off debts? While you’re at it, sell that Trump brand helicopter, since those debts are pretty serious.