Joe Biden will run for president 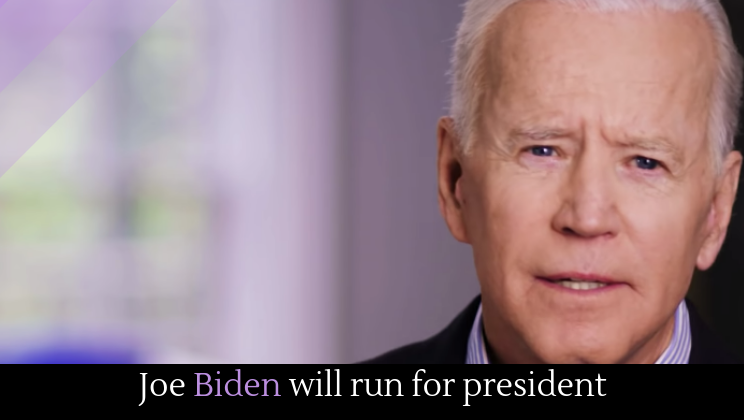 After opting not to run against Hillary Clinton for the 2016 presidential nomination, Joe Biden has announced that he will seek the 2020 nomination. He announced his bid in a YouTube video:

Biden’s tone in the video is dire, referencing Donald Trump’s notoriously tone-deaf response to the Charlottesville white supremacy march and the ensuing violence. Biden claims that we are currently experiencing a “battle for the soul of our nation,” and if Donald Trump serves another four years as president, we risk fundamentally altering “the character of this nation.”

The video has divided viewers, with many commenting that Biden’s presentation is lackluster and his entire stance is “I’m Not Trump.” Biden and his supporters have also privately expressed concerns over his ability to meet expectations––especially fundraising expectations.

Nevertheless, a recent poll suggests that Biden leads Trump by 8% in a hypothetical 2020 election for president. Biden also leads Trump in support of women, despite the accusations that he inappropriately touched women.

The Democratic field is already extremely competitive. Bernie Sanders, Elizabeth Warren, and Pete Buttigieg have huge head starts in terms of both fundraising and press. Biden will have to work hard to catch up to the pack leaders, especially Warren who has called for impeaching Trump, a movement that is gathering steam.