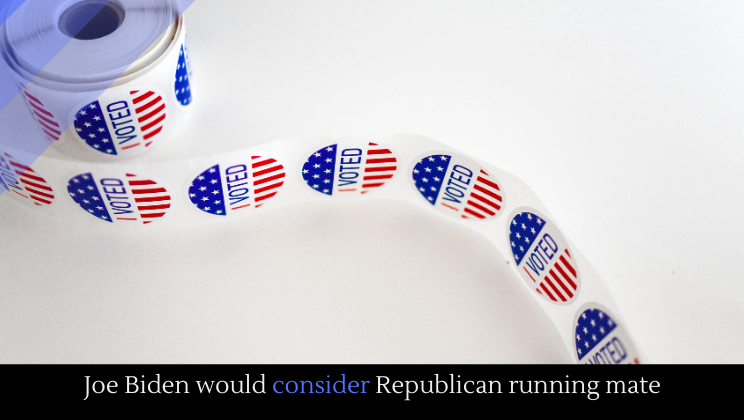 Presidential primary hopeful Joe Biden told voters in New Hampshire that he would be open to running with a Republican as his potential vice president.