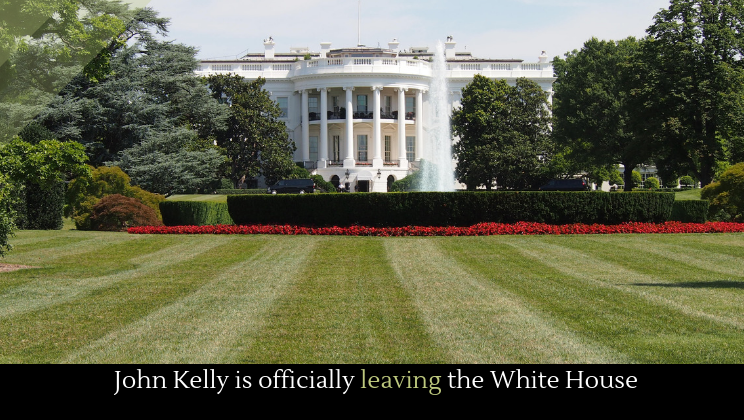 Trump tapped Kelly to be Chief of Staff during the first, chaotic year of his administration. According to the New York Times:

The chief of staff’s exit also adds another prominent name to the list of core advisers who have left after trying to manage the president through his nearly two years in office, often finding themselves shunned and sidelined for their efforts.

Kelly’s status had become endangered in recent months as his relationship with the President deteriorated. He was not on speaking terms with Trump during his last days, two officials told CNN, and their relationship was no longer seen as tenable. Vice President Mike Pence’s chief of staff Nick Ayers has been considered a top contender to replace Kelly for more than six months now. Both Ayers and Kelly typically join Trump and Pence during their weekly lunch in the dining room outside the Oval Office.

Kelly has brought order to a chaotic White House, which has seen a historically fast turnover in multiple high-profile jobs—like White House communications director, national security adviser, and more. Kelly’s role, though, has lessened in recent months as the president has instead followed his own counsel, and added like-minded aides to his staff.