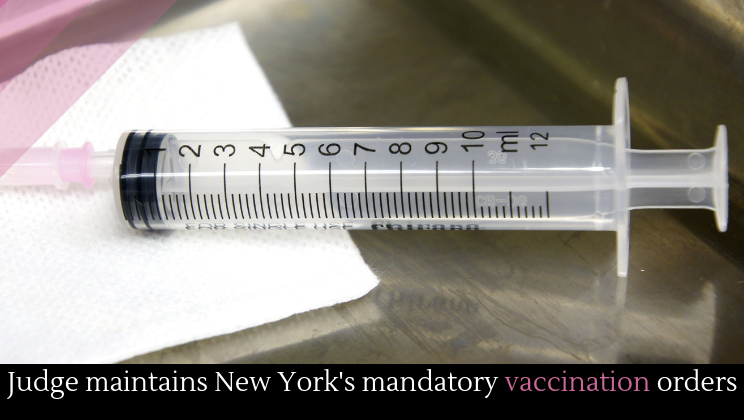 New York lawmakers have also suggested a bill that ends religious vaccine exemptions amidst a measles outbreak. State Sen. David Carlucci has said, “The goal here is to push legislation to remove all non-medical exemptions for vaccination for children to go to school in New York state. We’ve seen the spread of measles really spread like wildfire in communities where the vaccination rates are not high.” A group of Democratic lawmakers support the bill, which aims to close what’s called the “personal belief loophole.” Lawmakers assert that no major religions prohibit vaccinations, but instead that the decision to opt out of a vaccine is based on individuals’ personal beliefs.