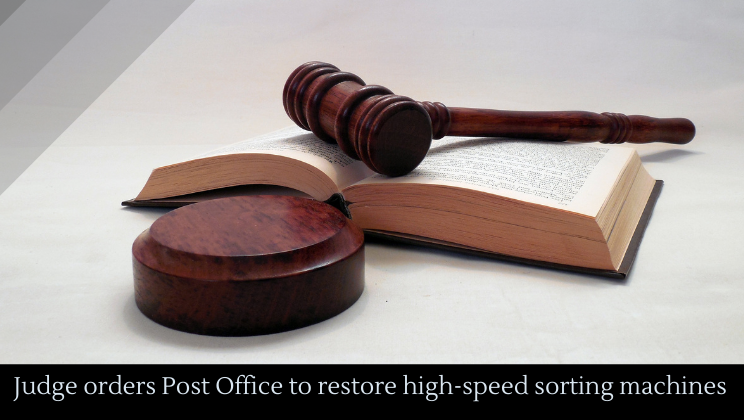 Despite multiple court orders, the Post Office has not undone the slowdown measures instituted by Postmaster General DeJoy. As a result, a federal judge has ordered the Post Office to restore all of their high-speed sorting machines.