Kamala Harris drops out of the primary race 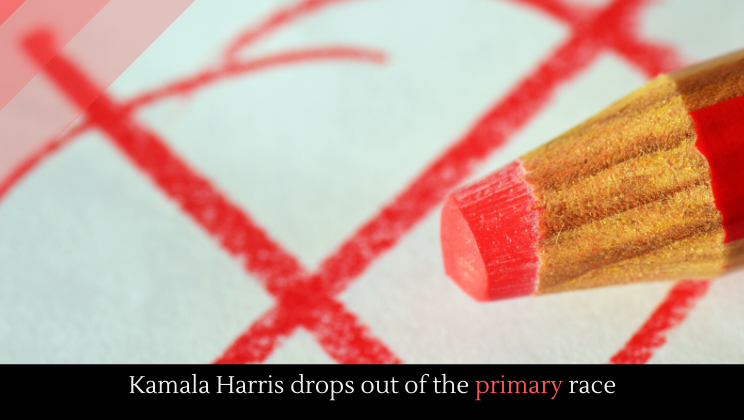 Kamala Harris has dropped out of the primary race after her poll numbers plummeted in recent months. Harris has cited a lack of funds for her withdrawal. The move should come as no surprised, especially after a top staffer published a scathing letter of resignation and the New York Times followed up with a nail in the coffin article.

Harris’s withdrawal is yet another shakeup in the primaries this week. Bernie Sanders is surging in polls. According to recent polls, he is in the lead for the New Hampshire primaries with 26% of Democrats supporting him. Right behind him sits Pete Buttigieg at 22%. Biden and Warren are tied for third at 14%.