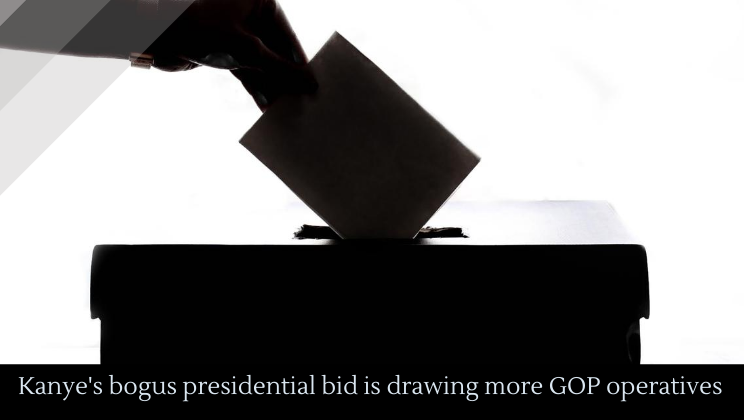 In Donald Trump’s America, the rich think that rules don’t apply to them. Lie, cheat, steal––whatever it takes to get ahead is totally fine, as long as you get ahead. And so we have Kanye West, literally faking signatures or tricking people into signing a presidential campaign petition to get his name on the ballot. And, unsurprisingly, GOP operatives are swarming to Kanye in order to help him sabotage the election for Biden. Kanye is on the ballot in ten states, trying to siphon off black voters from the Democrats.

. In the most recent news about his absurd bid, Virginia is accusing the Kanye campaign of deceptive signature gathering.

Wisconsin Democrats are asking state election officials to block Kanye West’s presidential bid after fake signatures such as “Mickey Mouse” and “Bernie Sanders” were found in his filing papers.

Kanye West’s name has already been removed from the ballot in Illinois after election officials discovered the same thing. Six people have claimed that they were duped into signing in Illinois.