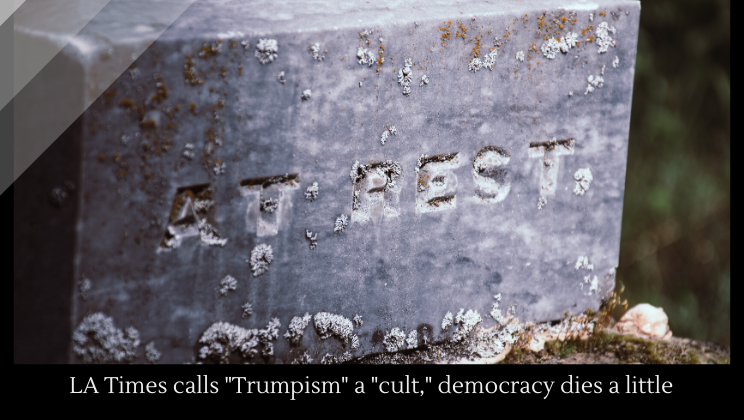 Take a moment to ponder this question. Is a “cult” something positive? Ever? No, of course not, a cult is terrible thing, and people who join cults are either stupid, brainwashed, or some kind of social outcast. So when the LA Times calls Trump supporters a “cult,” that’s beyond polemical. It’s insulting and it makes participating in a democratic public sphere more difficult.

A former member of Sun Myung Moon’s Unification Church also accused Donald Trump of being a cult leader. In this article, he describes how he was so deep in that church that his family hired a “deprogrammer” to kidnap him and convince him to leave the church. After five days, he realized he was “brainwashed.” Since then, he has devoted himself to learning how “brainwashing” works and how cult leaders “control” people.

He’s not the only one to call Trump a cult leader. Republican primary challenger Joe Walsh is outraged that states are planning to cancel their presidential primaries. He called the GOP a “cult” that is “is all about washing their leaders’ feet every day.” Walsh says that if the states carry through with their plans, then he will go straight to the people.