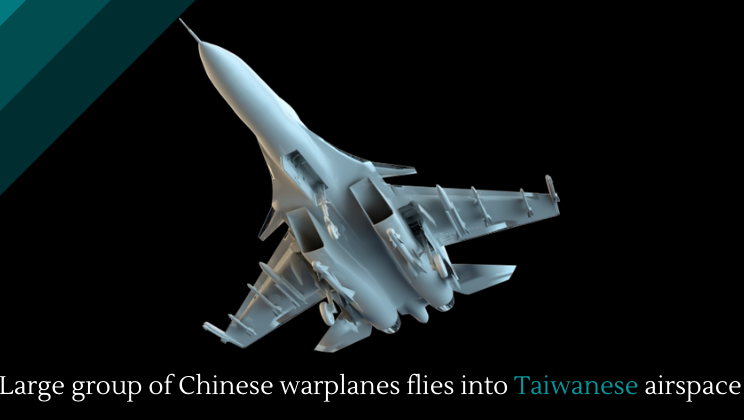 Taiwan has reported a Chinese incursion into their airspace, including eight bombers and four fighters. China has long considered Taiwan part of its own territory.