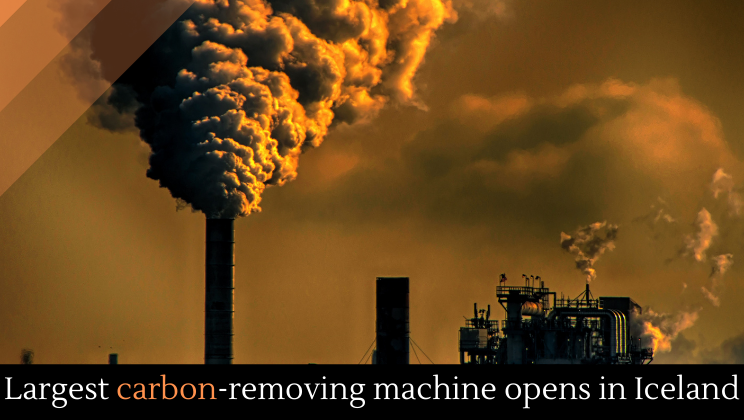 The world’s largest machine that removes carbon from the air has opened in Iceland. It removes 4,000 tons of carbon from the air every year and sends it underground where it will turn into a mineral. Critics point out that the machine, which costs a whopping $10-15 million USD, isn’t enough to offset anything near the twenty companies that supply meat and dairy products throughout the globe are responsible for more greenhouse gas emissions than Britain, France, or Germany.