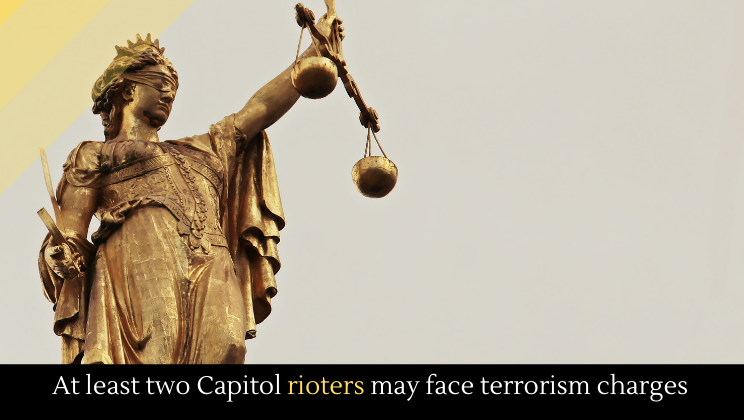 Two members of the Proud Boys, a far right militant group, may face terrorism charges. This means that the two men will not be released before their trial and their sentences may be longer.