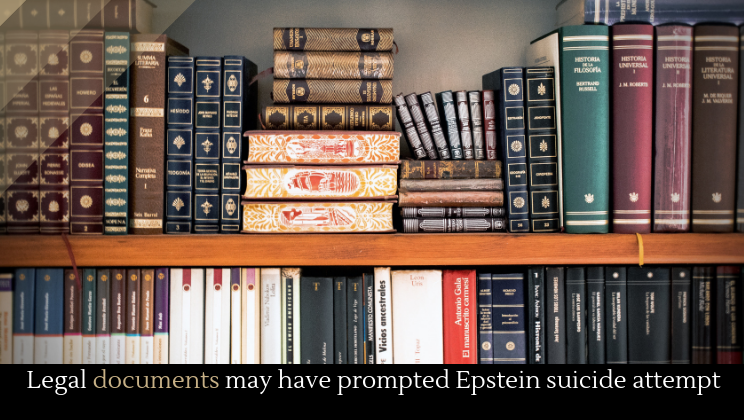 The Jeffery Epstein sex saga continues. Epstein made his name as a hyper-rich financier, but a New York Times article revealed that his fortune may have been more myth than reality. In 2008, he was arrested for sex crimes (and defended by current Labor Secretary Alexander Acosta). Earlier this month, Epstein was arrested on federal sex trafficking charges. He was denied bail, so instead of returning to his New York city mini-mansion, he was forced back to jail.

New material may help solve the mystery of Eptsein’s injuries. The day before he was found, he was served legal documents that detailed a woman’s claims that Eptein raped her when she was fifteen. Among other things, the documents claim that the accuser has “critical evidence” of Epstein’s guilt. If Epstein remembers the girl––which may be hard, since there were allegedly a lot of victims––then he may remember exactly what that evidence was, which might explain his suicide attempt.