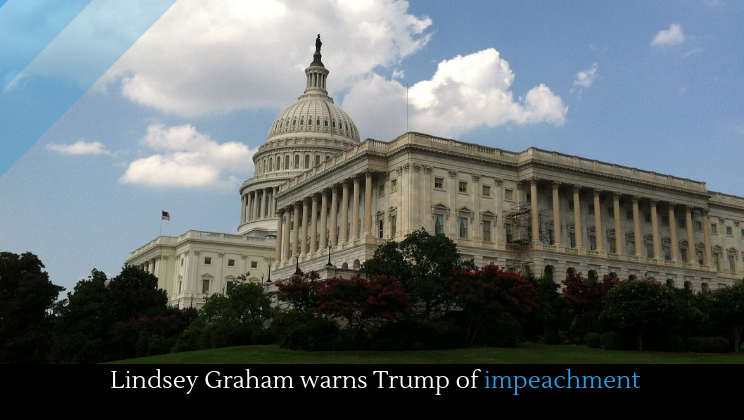 Lindsey Graham, one of Trump’s most faithful and vocal allies––not to mention the Chair of the Senate Committee––has warned President Donald Trump to expect impeachment. He has told Trump that the “radical left” is in charge of the House of Representatives––even though the Speaker of the House Nancy Pelosi has cautioned her fellow Democrats against impeachment proceedings.

But Democrats are not the only ones interested in impeaching Trump. One of Trump’s transition staff, George Mason University School of Law Professor J.W. Verret, just announced that the Mueller report has convinced him that Trump needs to be impeached. He believes that the report should convince all Republicans and independents that Trump should be impeached, because the report contains about a dozen instances of obstruction of justice. What’s worse, “[t]his elaborate pattern of obstruction may have successfully impeded the Mueller investigation from uncovering a conspiracy to commit more serious crimes.” Verret knows that there may be political blowback for his own words, and for any Republicans who support impeachment, but he believes it must be done.