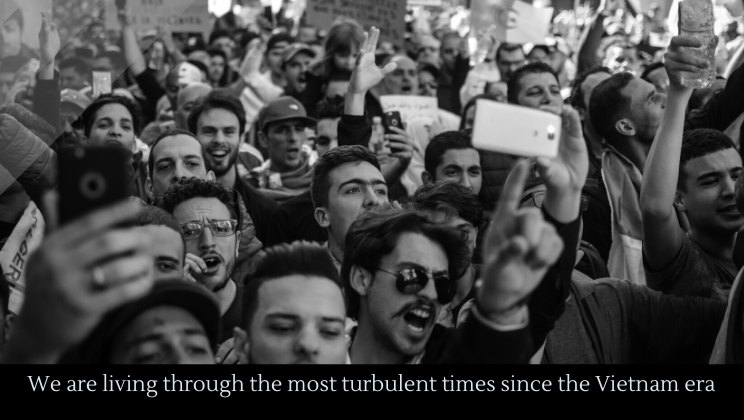 The Associated Press recently ran an article with a disturbing title: “‘We’re sick of it’: Anger over police killings shatters US.” I take serious issue with this kind of catastrophizing language, which is why I want to reframe their point and compare the past several years to the Vietnam Era. Let’s stick to two points of comparison:

These are not separate points. They’re interconnected, they create a feedback loop contributing to a crisis of authority. I don’t think we can look to the post-Vietnam Era to predict what will come next, unfortunately, but whatever happens it will be big.