Macron tells Asian countries that Ukraine is also their problem 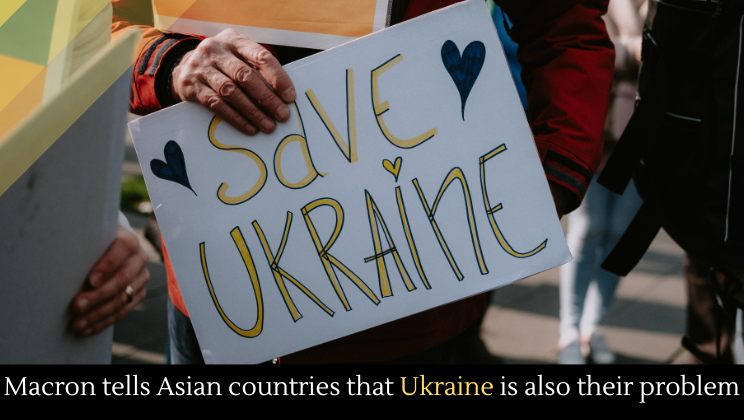 French President Macron has told Asian countries that the Ukraine War is their problem, too.

The White House is asking for another $38 billion for Ukraine, in addition to the $400 million it already sent—not to mention a new air defense system.