The majority of Americans don’t want Don Jr. or Ivanka running for office 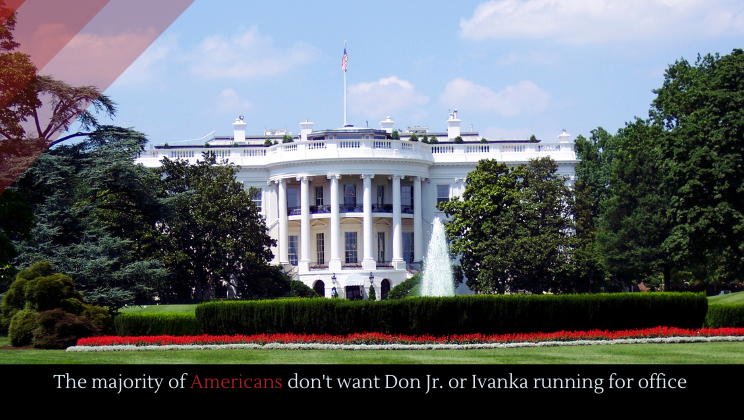 A new poll for the Independent says that 61% of voters do not want Donald Trump Jr. or Ivanka Trump to run for office. Only 16% of Americans think Don Jr. should go into politics at all.

It’s not surprising no one wants the Trumps, as polling reveals that 51% of Americans think Trump has harmed the country’s reputation on the world stage, while 36% think he improved it. The numbers are similar for his “Make America Great Again”––only about a third of Americans think he did so.

According to a recent poll, two-thirds of Americans think that we are in a worse position now than we were in 2015. That explains why Biden is polling so well in traditionally Republican states, like Florida where he is two points ahead of Trump.