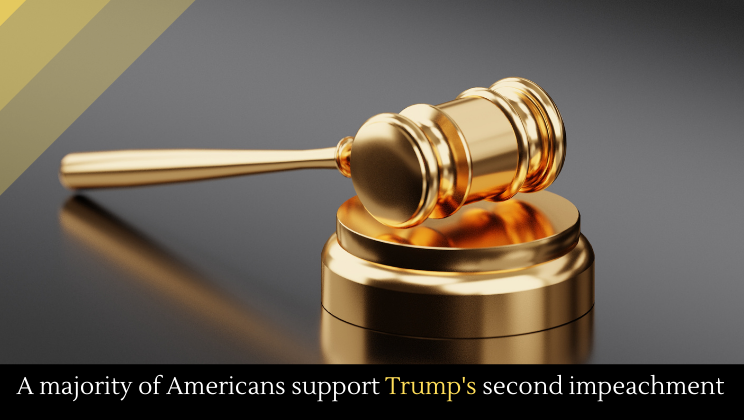 A Monmouth University poll revealed that 56% of Americans approve of Donald Trump’s impeachment, three percent more than approved of his first impeachment.