Majority of Republicans think Trump is better than Lincoln 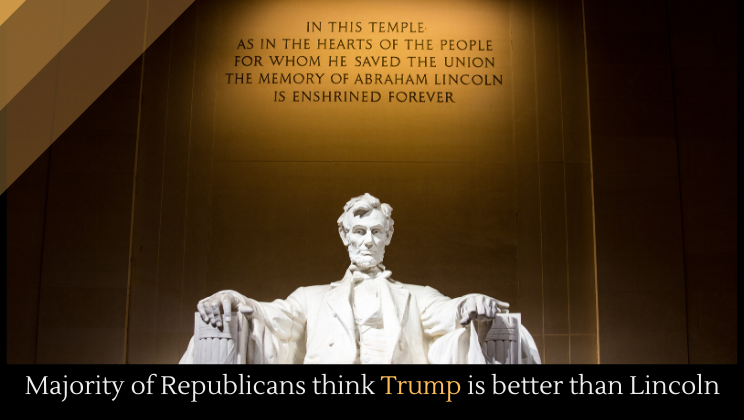 It’s mind boggling to think that anyone would prefer Trump over Lincoln. Lincoln was a bona fide genius who held the Union together despite almost impossible odds.

There might be an explanation for that, though. As the Trump impeachment hearings get underway, and as the GOP ignores them or refuses to participate, his (and the GOP’s) critics are accusing them of blindly following Trump. According to the Week, the GOP is completely beholden to Trump because they abuse their power as much as he does.

A former member of Sun Myung Moon’s Unification Church has also accused Donald Trump of being a cult leader. In this article, he describes how he was so deep in that church that his family hired a “deprogrammer” to kidnap him and convince him to leave the church. After five days, he realized he was “brainwashed.” Since then, he has devoted himself to learning how “brainwashing” works and how cult leaders “control” people.