Mar-A-Lago made $16,000 of taxpayer money during Trump’s Christmas stay 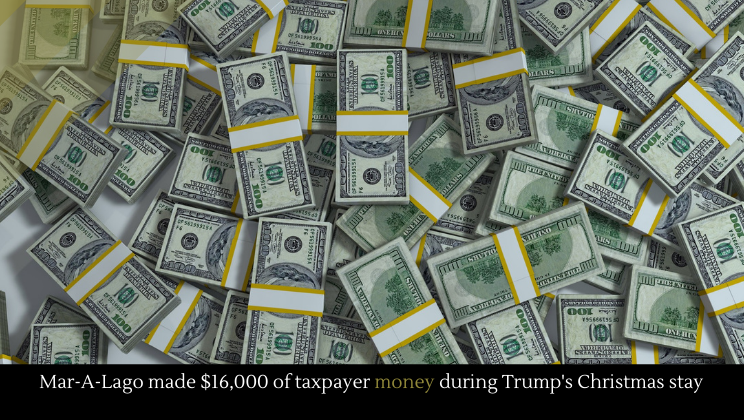 Trump’s Mar-A-Lago resort made $16,000 by renting rooms to the secret service during Trump’s Christmas stay. The rooms cost nearly twice the limit for federal government hotel spending, but the White House can overrule that limit.

The Trump campaign allegedly duped donors into weekly donations, leading them to unwittingly donate many times more than what they had originally intended.

There has been speculation that, the whole time, Donald Trump was “very aware” that he lost the election, but he allegedly put up a fight as a “performance”. Some 80% of Trump’s supporters think that Biden’s win was illegitimate. This has terribly implications for our nation. If we lose faith in our system, our system collapses.