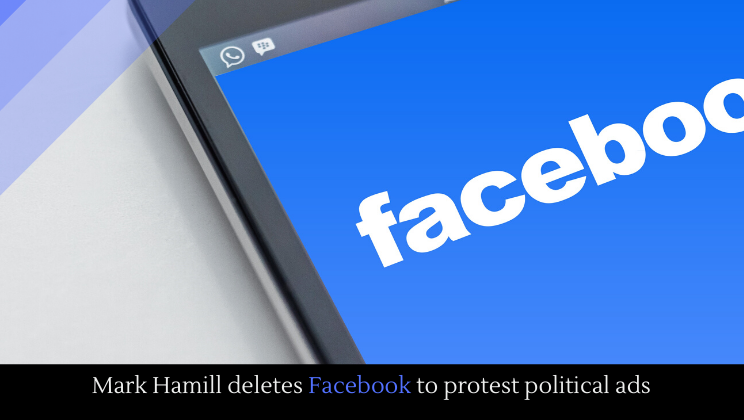 Despite other social media outlets banning political ads––even false political ads––Facebook refuses to risk the loss of income. To protest this, Mark Hamill, of Star Wars fame, has deleted his Facebook account.

“So disappointed that #MarkZuckerberg values profit more than truthfulness that I’ve decided to delete my @Facebook account. I know this is a big ‘Who Cares?’ for the world at large, but I’ll sleep better at night,” Hamill tweeted.

Facebook did not comment on Hamill’s move, but issued a statement: “In the absence of regulation, Facebook and other companies are left to design their own policies. We have based ours on the principle that people should be able to hear from those who wish to lead them, warts and all, and that what they say should be scrutinized and debated in public.”

And if that isn’t enough, Facebook included the infamous news site Breitbart on its new “high quality” news tab. That news outlet has been widely criticized for posting extremist, “alt-right” content and conspiracy theories.