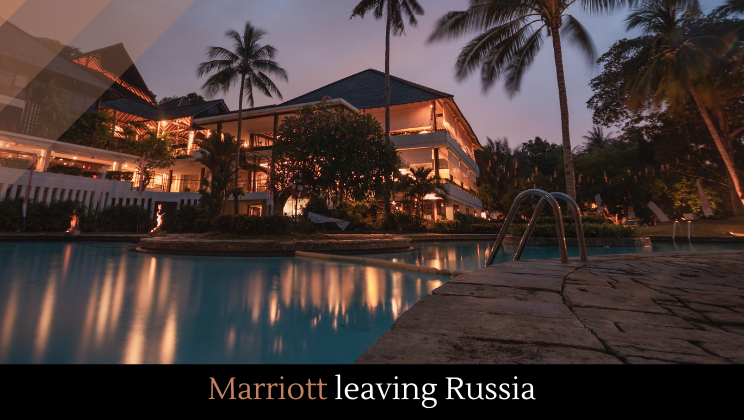 Marriott has suspended operations in Russia, saying that the sanctions make it too hard to operate.

Starbucks is also closing 130 locations across Russia, joining other major corporations including McDonald and the German industrial giant Siemens.