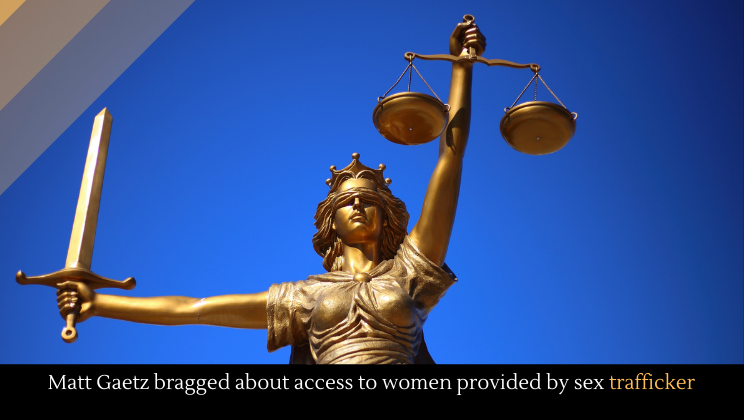 Republican Representative Matt Gaetz is currently under investigation for possibly bringing a 17-year-old girl with whom he had sex across state lines––sex trafficking, in other words. And, bizarrely, QAnon supporters are jumping to his defense, even though their whole thing is anti-pedophelia. More evidence has come to light suggesting that Gaetz is a real creep. He allegedly boasted of his access to women––access provided by a man now charged with sex trafficking. He also allegedly showed images of nude women to people involved in Florida politics.