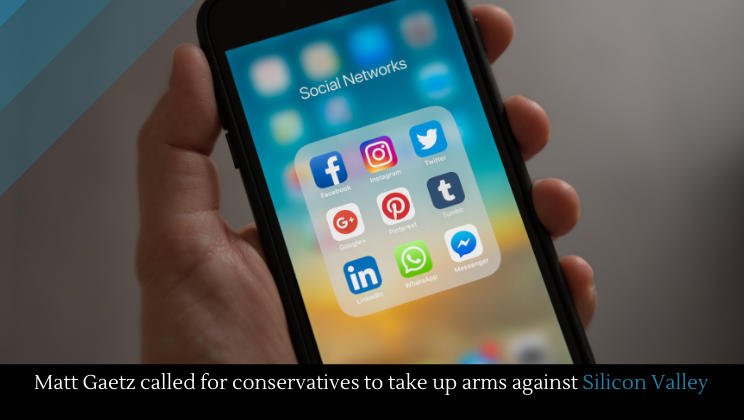 Matt Gaetz, in what is probably a desperate attempt to distract the public from the federal sex trafficking investigation, has said that conservatives should consider exercising their Second Amendment right against Silicon Valley companies that supposedly censor them.

Matt Gaetz is using campaign donations to fund his legal defense as sex trafficking investigations continue. As a result, he may be on the hook for violations of campaign financing law. Although that law can be a bit confusing, if Gaetz is using campaign fundraising money to pay for his legal defense, then he is likely to be at least charged with violations.