Matt Gaetz may be on the hook for campaign finance violations 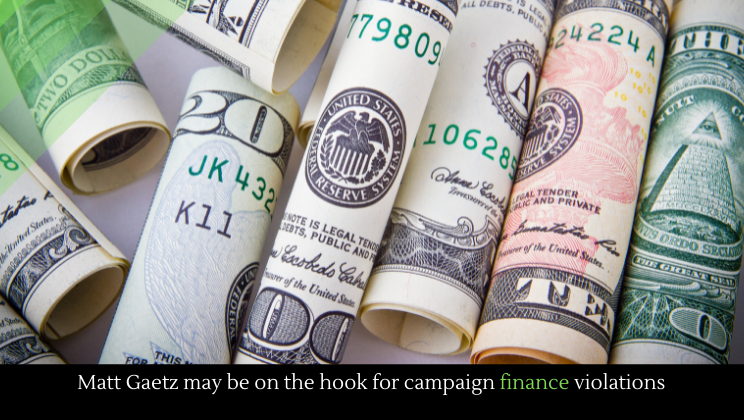 Matt Gaetz is using campaign donations to fund his legal defense as sex trafficking investigations continue. As a result, he may be on the hook for violations of campaign financing law. Although that law can be a bit confusing, if Gaetz is using campaign fundraising money to pay for his legal defense, then he is likely to be at least charged with violations.