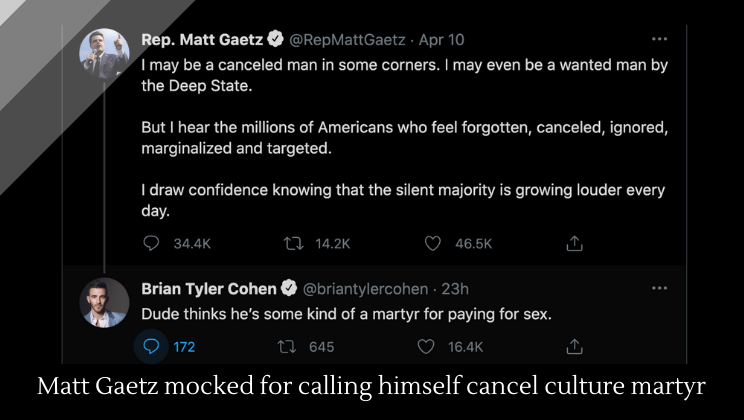 Representative Matt Gaetz is trying to portray himself as a cancel culture martyr, but people aren’t having it. He’s facing ruthless mocking online, such as this gem from twitter:

Dude thinks he’s some kind of a martyr for paying for sex.