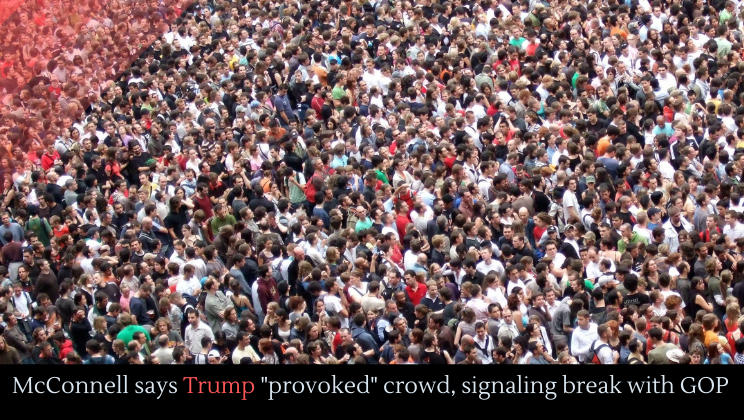 Although Mitch McConnell has not yet announced how he will vote in Trump’s impeachment trial, he has just dropped a hint by saying Trump “provoked” the mob that stormed the Capitol. McConnell also will not be attending Trump’s farewell event, opting instead to attend church with Joe Biden.

McConnell may be trying to rescue the Republican Party, which is currently facing a reckoning following the January 6 insurrection at the Capitol. One member of the party, a former Oklahoma congressmen, has left the party, calling it a “cult.” CNN, meanwhile, is accusing the GOP of being an empty shell of itself and suggesting that it stood for nothing.