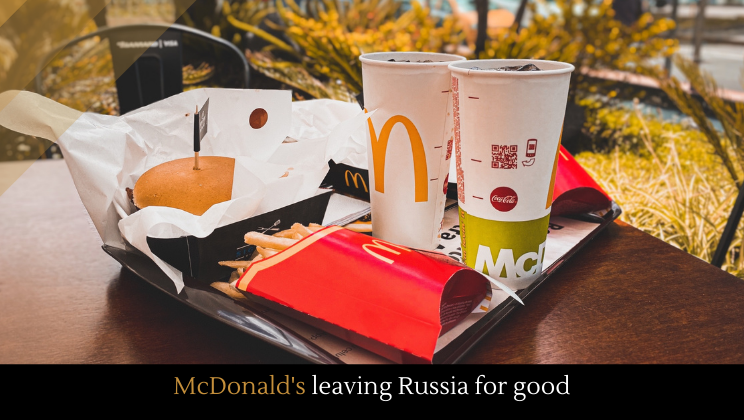 McDonald’s is leaving Russia for good after doing business there for 30 years.