Michael Cohen says he has more evidence for Congress 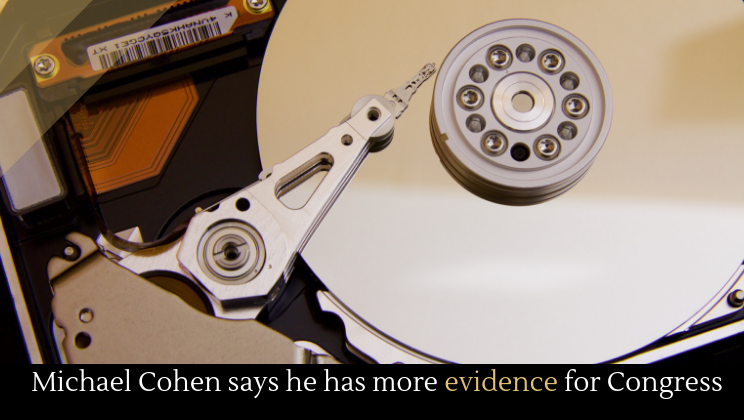 Michael Cohen, who famous testified before Congress a few months ago, recently found a hard drive with “substantial” files on it. According to a letter from his attorney, Cohen wants to help but he’s, you know, going to jail on May 6. He is asking for a delay so he can be “readily accessible and immediately available to provide ongoing assistance to Congress in order for it to fulfill its executive branch oversight responsibilities.”

This isn’t the first time Cohen has made the news since the hearing. Michael Cohen is also suing the Trump organization for $1.9 million. Trump’s company is allegedly backing out on a preexisting agreement to pay legal fees Cohen accrued as a result of investigations into Trump and his organization. Cohen is also suing Trump for another $1.9 million for legal penalties Cohen incurred for services he provided Trump.

That famous congressional testimony was essentially a dud. You can read about its potential impact here. It’s important to note that this public testimony covers only that which the Mueller investigation does not cover, but so far nothing has come of it. It is possible, though, that Cohen’s testimony may exacerbate Trump’s legal trouble in New York.