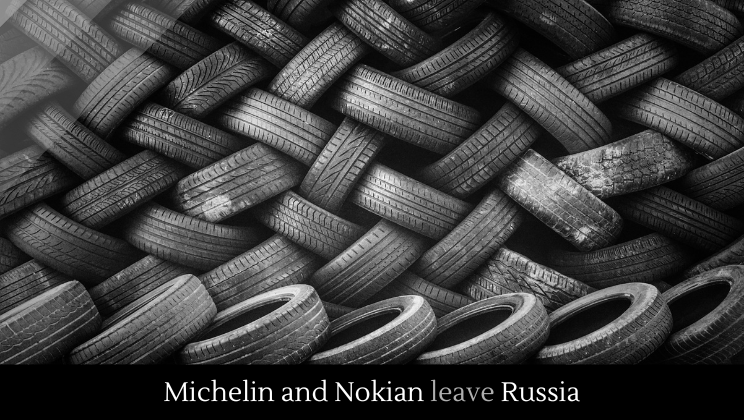 Michelin and Nokian, major western tire companies, are leaving Russia. Before that, Nike was the latest brand to leave Russia following their invasion of Ukraine.