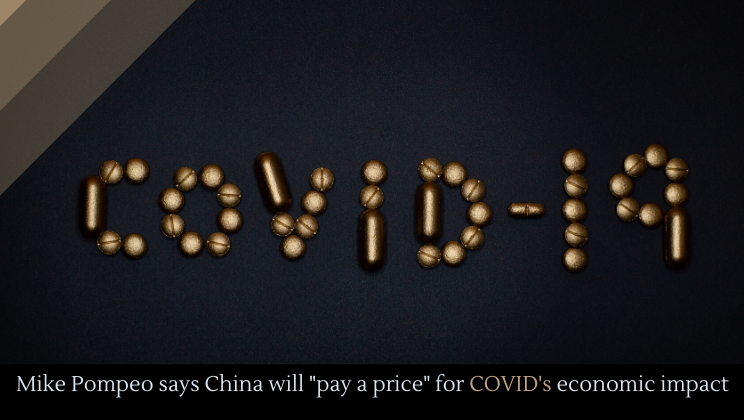 While China is using misinformation and PR campaigns to rewrite the story of the novel coronavirus in order to make itself the hero of the whole debacle, Secretary of State Mike Pompeo has said that China will “pay a price” for COVID’s impact.

Although the China first tried to hide the outbreak, it is now flooding the world and its own people with information. Tons and tons of information. All of it, of course, nonsense. The aim is to create confusion to the point that China itself looks good.

Oil prices dropped over 300%, plummeting into the negative numbers and bottoming out in the -$20-30 range. That means that, if you were to “buy” a barrel of oil, you would be paid to collect and store that oil.