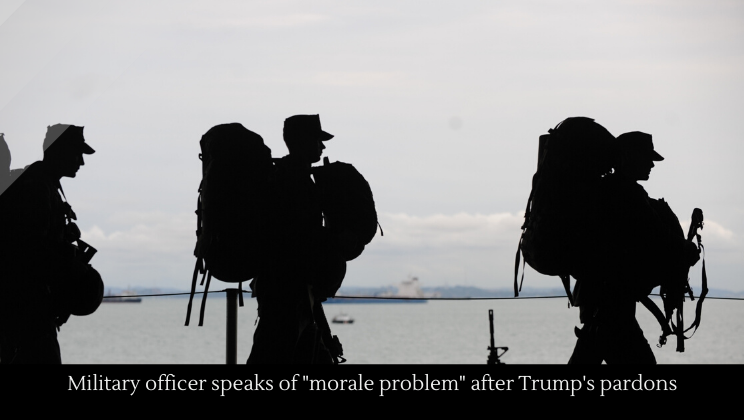 A longtime military officer told CNN that there’s a morale problem in the military, a result of Trump’s controversial pardons.

Trump recently pardoned former Army 1st Lt. Michael Behenna, who was charged with war crimes for shooting an unarmed, captured man suspected of engineering an IED attack. The Week argues that this pardon is an implicit approval of war crimes.