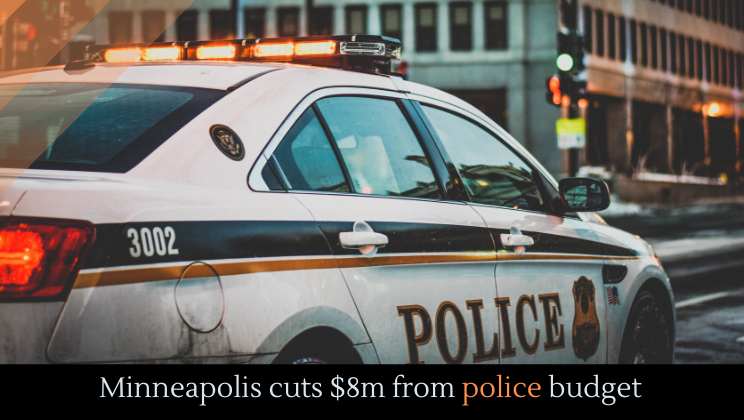 The Minneapolis City Counsel has voted to cut $8 million from the police budget, following the international backlash sparked by George Floyd’s death.