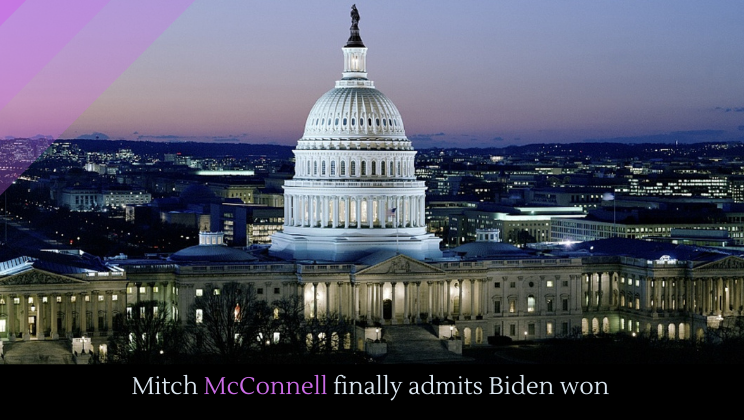 The electoral college decided in favor of Joe Biden, the final step in an unusually long and contentious election cycle. As a result, Senate Majority Leader Mitch McConnell has finally congratulated Joe Biden for winning the 2020 election and advised Republicans to accept his victory.