More Americans support impeachment than ever 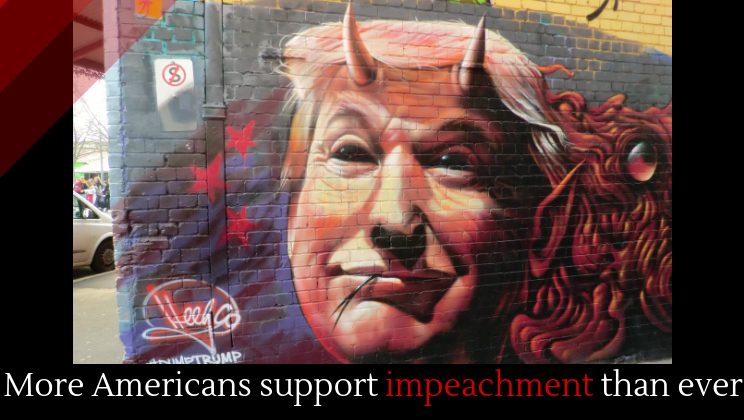 The number of Americans who feel that Donald Trump should be impeached rose five percent since mid-April, meaning that nearly half of the country––forty-five percent––want the president out. Only forty-two percent of Americans think that Trump should not be impeached. The Reuters/Ipsos poll also indicates that the majority of the country thinks that the multiple probes are interfering with government business.

As more Republicans board the impeachment train, Donald Trump is readying himself for the inevitable. Michael Gerson, former speechwriter for President George W. Bush, wrote in a Washington Post op-ed that House leader should begin laying groundwork for impeachment. He argues that it is their duty as government leaders, and their failure to do so would invite other foreign governments (besides Russia) to meddle in U.S. elections.

Even Trump seems to see the writing on the wall. After a long Sunday of watching TV, he was bound to see all the impeachment talk. In response, he said that he would “head to the Supreme Court” to try to block impeachment. As anyone with even vague memories of middle school civics class knows, however, the Supreme Court has nothing to do with impeachment.

All this talk about impeachment is likely to harm Trump during the primaries by incentivizing encouraging more Republicans to run against him. If impeachment proceedings begin during the actual race, it could prove catastrophic for Trump.